Trustpilot
In stock
Be the first to review this product
WEB EXCLUSIVE: £270.00
in-store price: £300.00
Save 10%
Add to Wish List
Free UK Shipping | Easy Returns
Request a Price Match
The Paramo Velez Waterproof Jacket – Mens is a lightweight, waterproof Paramo jacket that's ideal for multi-use - hiking, biking and much more. With an active cut and plenty of ventilation and Paramo’s excellent Analogy Waterproof fabric, this jacket is super-breathable and will perform whatever you are doing in the hills.
Skip to the end of the images gallery 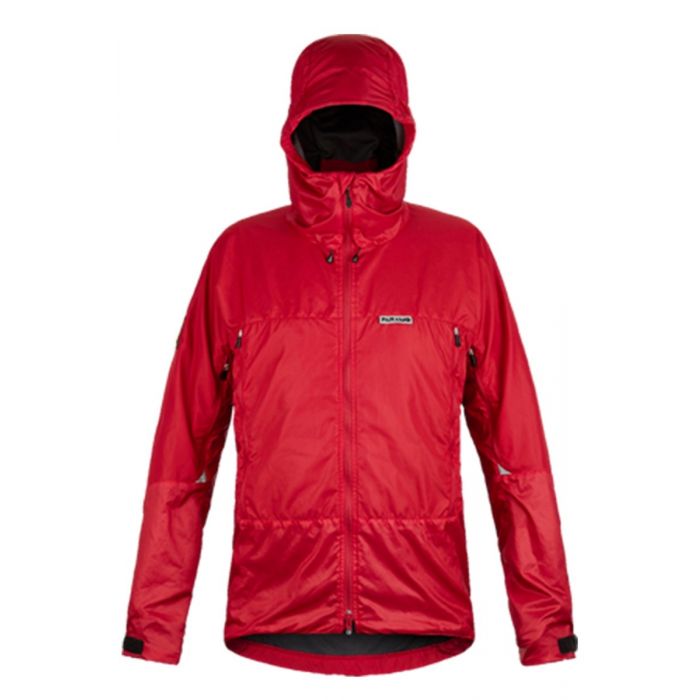 Skip to the beginning of the images gallery
Details

The Paramo Velez Waterproof Jacket – Mens is new in to us this year. It's designed as a 'do anything' waterproof jacket and it'll be capable for lots of different outdoor tasks.

There’s much that’s new about the Paramo Velez Waterproof Jacket – Mens – not just the name. The Velez jacket arrives on the back of several previous models of lightweight Paramo jackets that were designed to do a multitude of tasks. The Velez jacket has seemingly built on the design success and popularity of these jackets, incorporated the best bits and added several new ideas too.

First thing to say is that we’ve been testing the Velez jacket for a while now. We were lucky to get two jackets many months before launch to thoroughly test them and give some feedback too. We genuinely think the jacket is excellent and will serve very well if you are looking for something that’ll do several different tasks.

The Paramo Velez Waterproof Jacket – Mens is also a first in that in features use of both the regular weight Paramo Analogy fabrics and the lighter weight fabric. It’s designed so that critical areas of wear and weather get the slightly heavier fabric, with the lighter fabric used where you need greater breathability. In our experience, there’s little to choose between the performance (in terms of breathability and waterproof) of the two fabrics. Warmth and weight benefit from the lighter fabric though.

As with more recent Paramo jackets, the cut has been revised and the Velez jacket is relatively fitted on the body and sleeves. This also helps weight and feel of the jacket when it’s on but using the jacket, it’s designed for the active user and doesn’t impede you doing more active things in the jacket at all.

In many respects the lining of Paramo jackets is where the magic happens (!). The great thing about Paramo jackets is that the windproof outer (which sheds the majority of the rain) is backed up by a ‘pump’ liner that directs moisture out from the body and impedes water coming in. The two layers make a ‘bulletproof’ waterproof jacket and make it super-breathable. The lining on the Paramo Velez Waterproof Jacket has been revised using lighter fabrics across the back and in key areas – this cuts down the weight of the liner, improves breathability when you are working hard (and generating sweat and heat).

It's a shorter, active cut and features large vented front pockets (with 2 zippers so you can keep your pocket zippered up whilst still allowing ventilation) and arm vents too. It goes without saying that Paramo have included an excellent, stormtight hood with plenty of adjustment.

All in all we can thoroughly recommend that Men’s Velez Jacket – it’s a worthwhile investment for anyone who’s an active outdoors multi-tasker looking for an ultra-breathable waterproof jacket.

Reviews
Write Your Own Review