The Patagonia Torrentshell Range has been a constant in the Patagonia waterproof range for a long time and it's easy to see why; it's simple, effective and great value. Here we take a look at the latest updates to a real classic. We’ve stocked Patagonia for years and years and it’s a brand we highly respect not only for its highly technical, stylish clothing and accessories but also for its very strong commitment to high environmental and ethical standards. 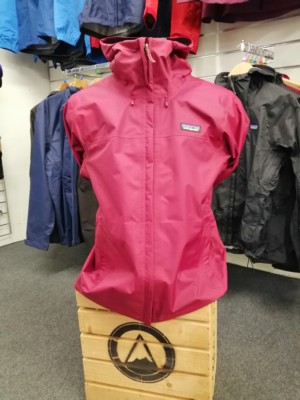 Patagonia are committed to reducing their impact on the environment wherever possible by using recycled materials to make their products, minimizing their carbon footprint and also pledging 1% of all sales to the preservation and restoration of the natural environment. Ethically they actively promote fair labour in an industry traditionally associated with poor wages and working conditions. To ensure a positive working environment for all staff involved in the production of their products Patagonia give their workers a voice via the Fair Trade Certified Sewn program which ensures any concerns or questions are addressed to give workers a fair and safe working environment.

The Torrentshell waterproof jackets and trousers have been a part of the Patagonia range for a long time and have always been a huge hit with our customers thanks to their excellent balance of protection and value.

This year the series has been updated with an improved material but retains its simple but effective design and modest style making it a popular choice for a wide range of uses. This is a jacket that you can use every day around town and then hit the hills in it at the weekend such is its versatility.

The new Torrentshell series uses a 3-layer H2No® Performance Standard material which increases the durability of the original garments significantly and also provides a benchmark in waterproofing and breathability. What this means in real terms is a jacket that will last longer and gives you the highest levels of comfort and performance all day long.

Made from 100% recycled nylon, which is sourced from post industrial waste fibres and weaving mill discards, the 3-layer H2No® Performance Standard material conforms to Patagonia’s commitment to the highest environmental standards. Fluorinated DWR ensures the garments waterproofing proofing properties are maximized without using damaging chemicals that can harm the environment.

Practical features of the Torrentshell Jacket include a fully adjustable hood with a laminated visor for extra coverage in wet and wild conditions and is especially good if you’re a glasses wearer. The hood also rolls down neatly and can be secured with a simplified cord-and-hook design, so it doesn’t flap around in the breeze when not in use.

The Torrentshell Jacket is lightweight, weighting 354g (women’s) and stuffs into left handwarmer pocket with clip-in loop so it can easily be carried in or attached to a pack just in case.

Pocket wise the Torrentshell Jacket features two zip closed handwarmer pockets which can be used to carry your essentials.

There are also venting zips under the arms so you can control your temperature if needed. They open up nice and wide to allow a big air flow when needed.

Zip wise the full-length full zip (there is also a smock version of the Torrentshell with a ½ length zip) which means you can easily get the jacket on and off.

The zip is covered with external and internal storm flaps to help ensure water can’t get inside however hard it pours. At the top a zipper garage secures the zip and prevents it rubbing on the shin when fully pulled up.

The elements are fully kept at bay thank to the adjustable drawcord hem and Velcro closures at the wrists.

Final finishing touches include a soft microfleece-lined back of the neck for extra comfort ensuring all day comfort where you need it most.

Made from the same 3-layer H2No® Performance Standard materials the Torrentshell Pants complete the full body protection available from the range.

As with the Jacket they have simple but highly effective features that endear them to the hill walker and everyday user. Welted, two-way side zips extend from the ankle cuff to thigh for easy pull-on and off without the need to remove boots and also double as ventilation.

Ankles are secured with a snap-tab closure tab and the semi-elasticated finish means you get a close fit around the boot or shoe to minimise the chance of water and dirt getting onside.

An elasticated waist and drawcord mean the pants are comfortable to wear but also remain in place as you move.

As with the jacket the trousers are lightweight (335g Men’s) and can easily be stuffed into their own pocket for easy carriage in a pack for when needed.

With Patagoina’s commitment to supporting the workforce that produces their goods the Torrentshell Jacket and Pants are Bluesign Sign approved. This means that the entire supply chain has been checked to ensure it is safe for the environment, workers and customers.

The Torrentshell items are also Fair Trade Certified™ sewn which means the workers that have produced the garments have received a fair wage and work in standards that are continually assessed for safety and standards.

The Patagonia Torrentshell Jacket and Trousers are a great choice for a lot of people who need a set of highly durable, stylish and practical waterproof coverage. If this sounds like you then take a look at the full specifications here. 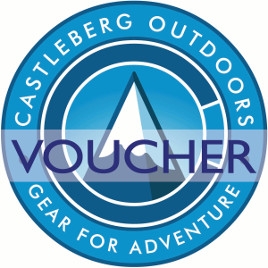